This weeks Garage Gig for Growth  provides a framework for understanding the difference between different disruptive innovation growth strategies. It’s a powerful way to think about your growth strategies and the potential for future competition in your market. Disruption and innovation are overused terms and often mentioned together as disruptive innovation. Defining them more clearly opens up our new growth options for better corporate innovation and business transformation direction.

Also, some of my recent media articles may be helpful to get you thinking about your next innovation workshop for your new growth strategies

The fourth type of innovation missing in many organisation

How Amazon and Netflix use Market Innovation to stay ahead 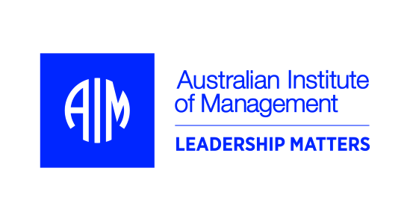 Is your corporate immune system killing off innovation?
Video Transcript

Innovation and disruption, much used at the moment. A lot of people are talking about it. They're not the same thing, they're different. If we look first at innovation, think of ourselves as a fast moving consumer goods company, got to come out with a new product, we've got to compete for market share, it's a new breakfast cereal, perhaps it's a new beauty product. We want to get the people who are already buying, our competitor's product over to us, or we might want them to switch and upgrade from something that they're already buying from us.

So these are the Innovators ... Even people who might invent non squeaky chalk could be in this bucket. Innovators want conversion. They want existing users, particularly from their competition to covert over to the better product.

What's going to happen with an inferior product to existing users? Most of the time nothing. Let's call these guys the losers, and let's name what happens there is, that's just rejection, and that's a failed product launch.

What's an example of an inferior product that brings in new demand? Virgin Blue is a great example of that. What they entered the market, the Australian marketplace a very long time ago, in the air travel industry. They had an inferior product. There were restrictive baggage allowances, you had penalties if you changed your ticket, you had to pay for meals. It wasn't as good as what was already on offer but it was a Disruptor, and the process of disruption as Clay Christensen coined many, many years ago now, is that an inferior product enters the marketplace, it's often discounted by incumbents, it's thought to be, seen to be not as good and there's not a lot of reaction from the existing industry players.

But what disruption often does is it adds in new users. So the people who used to drive between Melbourne and Sydney jumped on a plane, jumped on Virgin Blue's inferior offering. So it actually increased the size of the pie, increased the market size, increased market demand because people weren't driving between capital cities as much, or the ones that were closer together, they were jumping on a plane because it was affordable. So disruption often starts in a small part of your market landscape and a small part of your world and takes a little chunk out of your market share. It's often negligible because they're not users you're attracting, they're not users you're marketing too.

so disruption, inferior, innovation, superior. But what we're seeing a lot of now is both, together. So when something is better, and cheaper, and faster, and everything else, we're seeing extremely rapid adoption. I call this Xcelerators. So Xcelerators have both a better product and bring users into the marketplace and Uber is a fantastic example of this, not just this. So Uber often talked about as being a disruptor, they didn't have an inferior product to being with. A lot of people thought their product was better because you could see when the ride was going to arrive by the ride-sharing app, and often the drivers were thought to be quite friendly when they offered you water, or had a conversation with you. It was more of a community thing. Because it was cheaper and better, it grabbed more market demand so people instead of waiting at the bus stop in the rain, or walking to the train station in the rain, they would jump on an Uber. So there was increased demand.

The same thing for young party-goers, who go into the city Friday and Saturday nights. They might often have left early and got a train home, but now they'll hang out later and get an Uber home because it's affordable and they feel safer because the app tracks their ... They know the driver, the know the rego. So Xcelerators can grow extremely rapidly and Netflix isn't a bad example of this either. So Netflix when they entered the market they essentially charged a monthly subscription, in the US they did mail order DVDs to begin with. They charged about 10 bucks a month for unlimited video, unlimited rentals. They flipped prevailing norms and the business models in the market, of going to a video store, renting one or two videos, going home watching them, taking them back. So it was often to many a superior product. You could watch more and you didn't have to go out of the comfort of your own home to order them.

They were a Disruptor in that they increased the demand for binge TV. So now as they change business models again to actually making their own content like Orange is the New Black. They're again coming up here with innovation, but they're also taking share and adding new demand in, from people who didn't watch as much TV before. So Netflix is a great example of an Xcelerator. These three all represent strategic growth for you, go get it.

View all posts by paulbroadfoot →

Get Paul Broadfoot’s “Outside View”